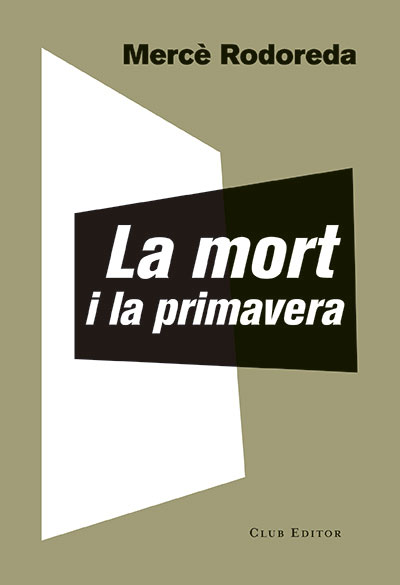 Considered by many to be the grand achievement of her later period, Death in Spring is one of Mercè Rodoreda’s most complex and beautifully constructed works. The novel tells the story of the bizarre and destructive customs of a nameless town—burying the dead in trees after filling their mouths with cement to prevent their soul from escaping, or sending a man to swim in the river that courses underneath the town to discover if they will be washed away by a flood—through the eyes of a fourteen-year-old boy who must come to terms with the rhyme and reason of this ritual violence, and with his wild, child-like, and teenaged stepmother, who becomes his playmate. It is through these rituals, and the developing relationships between the boy and the townspeople, that Rodoreda portrays a fully-articulated, though quite disturbing, society.

The horrific rituals, however, stand in stark contrast to the novel’s stunningly poetic language and lush descriptions. Written over a period of twenty years—after Rodoreda was forced into exile following the Spanish Civi War—Death in Spring is musical and rhythmic, and truly the work of a writer at the height of her powers.

Translated from the Catalan by Martha Tennent.

“Rodoreda had bedazzled me by the sensuality with which she reveals things within the atmosphere of her novels. . . . A writer who still knows how to name things has already won half the battle, and Rodoreda knew how to do that as well as anyone who wrote in her mother tongue.”  Gabriel Garcia Márquez

“Mercè Rodoreda is the writer I cannot stop talking about.”  Alberto Ríos

“Writing one declarative sentence after another, setting down facts, explaining nothing, allowing the rhythm to become increasingly more urgent and the tone more disturbing, Rodoreda can create an atmosphere that is vivid and frightening. ” Colm Tóibín — Five Dials

Some of press clippings are from Open Letter Books.