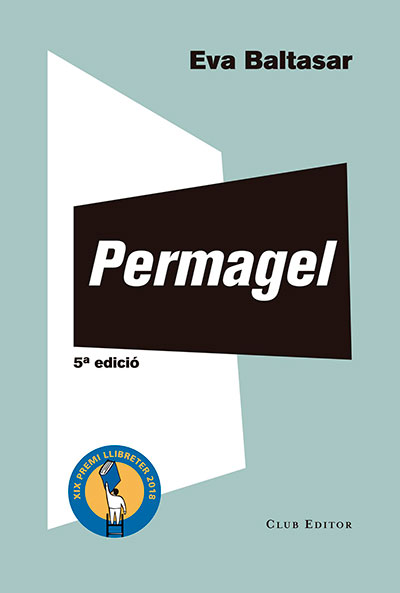 “Permafrost’s no-bullshit lesbian narrator is an uninhibited lover and a wickedly funny observer of modern life. Desperate to get out of Barcelona, she goes to Brussels, ‘because a city whose symbol is a little boy pissing was a city I knew I would like’; as an au pair in Scotland, she develops a hatred of the colour green. And everywhere she goes, she tries to break out of the roles set for her by family and society, chasing escape wherever it can be found: love affairs, travel, thoughts of suicide.

Full of powerful, physical imagery, this prize-winning debut novel by acclaimed Catalan poet Eva Baltasar was a word-of-mouth hit in its own language. It is a breathtakingly forthright call for women’s freedom to embrace both pleasure and solitude, and speaks boldly of the body, of sex, and of the self.”

Synopsis from And Other Stories Publishing.

“In one sentence, Baltasar and translator Julia Sanches summon not only a literal instance of sex involving food play, not only sex between women in the abstract, but the joyful eroticism of words and reading … queerness can be a salvation. Permafrost shows this beautifully.” Yara Rodrigues —The Guardian

“Reading Eva Baltasar’s Permafrost is like having a rug continuously pulled out from under you until finally the rug disappears. How can a novel that orbits suicide be so surprising, so intensely liberating and funny, and at the same time, so full of grief? That is its genius.” Amina Cain

“Permafrost is a discomfiting book about a sensual intoxication with life that just barely contains the desire for it to be over and done with forever. Like a perfect song, Eva Baltasar’s words, as translated by Julia Sanches, have a sheen and inevitability that I won’t soon forget. It held me in a trance.” Catherine Lacey

“Bloody hell! It might be short but this book packed one hell of a punch! Dark, twisted and very funny with an ending that genuinely floored me – incredible!” David Coates — Blackwell’s

“I don’t think I’ve ever read a book that felt so much like the inside of my brain. Every other sentence I wanted to yell “fuck yeah”. Gay sex and death, that’s apparently all my brain needs. I read this one in one sitting and absolutely loved it.” Anton Bogomazov — Politics and Prose.

“This candid and darkly funny fiction debut is sustained by the intensity of the narrator’s observations, which are tender, caustic and strange—frequently all at once. Permafrost is at its most captivating when it concentrates on women’s bodies, desire and sex, the sensations and emotions of which the narrator documents with clarity and verve. Permafrost isn’t interested in shock so much as open-minded scrutiny of experience . . . A vigorous and distinctive short novel.” Anthony Cummins — Financial Times

“Quickly, Baltasar’s narrator renders the world and herself within it in acute and savage terms . . . Baltasar is in incredible hands with Sanches, who hits each unexpected beat with deft clarity and concision . . . Definitively and rapidly, Permafrost takes readers the entire way.” Nathan Scott McNamara — Los Angeles Review of Books

“An investigation of the body as an instrument for measuring pain and desire. A besieged, solemn and majestically painful body, which ideally embraces all of humanity.”—La Stampa

Press clippings from And Other Stories Publishing.